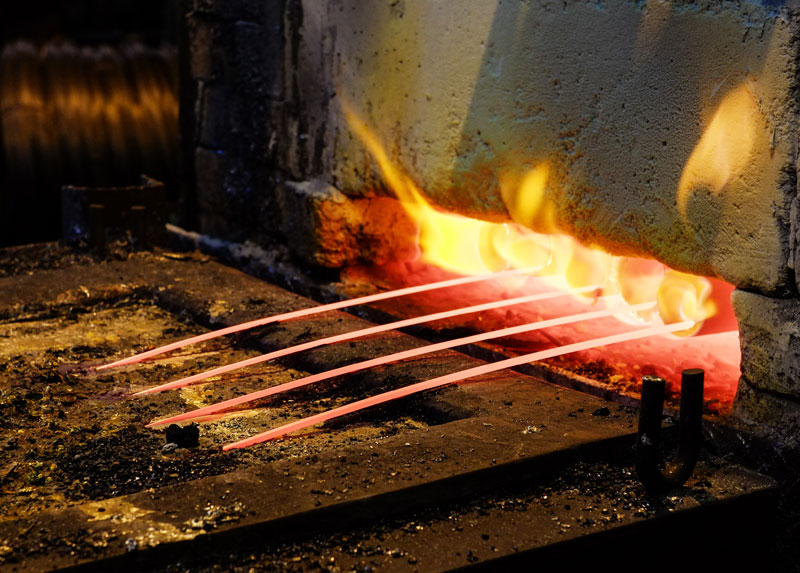 One. Cold winding. Wire up to 0.75 in (18 mm) in diameter can be coiled at room temperature using one of two basic techniques. One consists of winding the wire around a shaft called an arbor or mandrel. This may be done on a dedicated spring-winding machine, a lathe, an electric hand drill with the mandrel secured in the chuck, or a winding machine operated by hand cranking. A guiding mechanism, such as the lead screw on a lathe, must be used to align the wire into the desired pitch (distance between successive coils) as it wraps around the mandrel.
Alternatively, the wire may be coiled without a mandrel. This is generally done with a central navigation computer (CNC) machine.
The wire is pushed forward over a support block toward a grooved head that deflects the wire, forcing it to bend. The head and support block can be moved relative to each other in as many as five directions to control the diameter and pitch of the spring that is being formed.
For extension or torsion springs, the ends are bent into the desired loops, hooks, or straight sections after the coiling operation is completed.
Two. Hot winding. Thicker wire or bar stock can be coiled into springs if the metal is heated to make it flexible. Standard industrial coiling machines can handle steel bar up to 3 in (75 mm) in diameter, and custom springs have reportedly been made from bars as much as 6 in (150 mm) thick. The steel is coiled around a mandrel while red hot. Then it is immediately removed from the coiling machine and plunged into oil to cool it quickly and harden it. At this stage, the steel is too brittle to function as a spring, and it must subsequently be tempered.