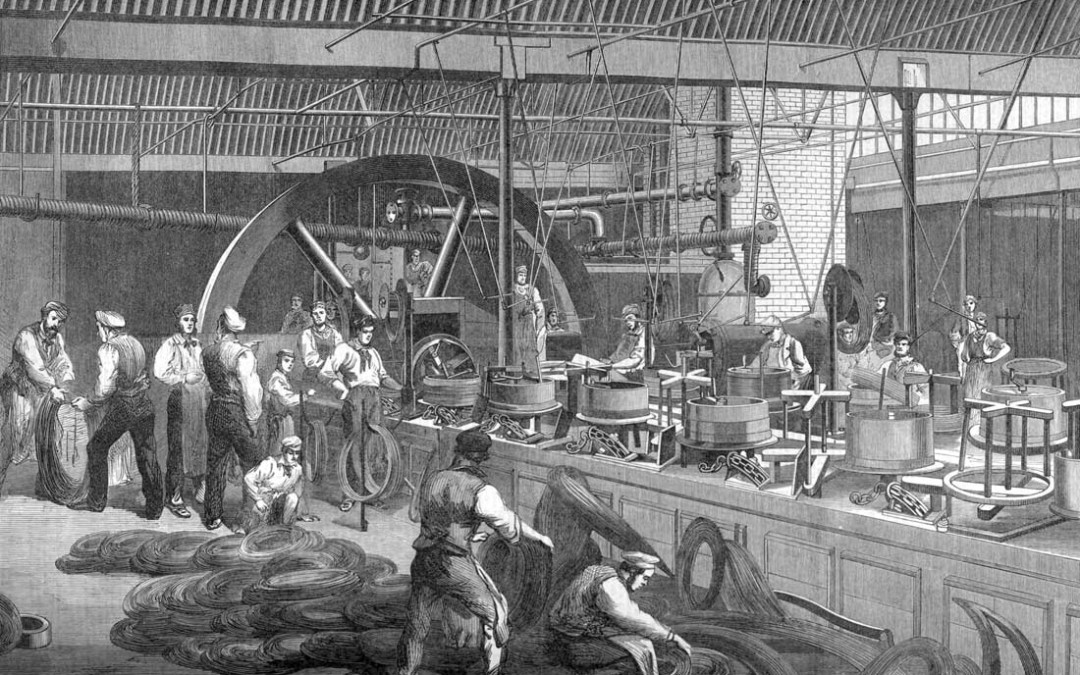 Welcome to Webster and Horsfall. To begin with, a series of articles which highlight the history of the company. Its connections with some of the great names and events leading back to the industrial revolution. Always willing to pioneer and take on the largest of tasks. We hope you find this an interesting read.

At this time a major challenge was to maintain the quality of materials as this was identified as one of the major obstacles to creating long lasting, strong lengths of wire.

Previously, since 1816 there had been experimentation with various additives to the steel. In 1825 a high manganese steel wire was produced that put Webster and Horsfall ahead of international competition for years to come.

Techniques such as hard drawing, new heat treatments and quenching had succeeded in doubling the tensile strength of the material.

1860 saw a demand for high grade steel for the then revolution of oceanographic telegraphy. The first attempt at a trans-Atlantic cable by a competitor let Webster and Horsfall complete the order for the second attempt. This 1600 tons was lost during the attempt and the order was repeated with the cable eventually being laid by Brunel’s steamship The Great Eastern.

The order was completed in 12 months and this third attempt at laying the cable was a success.

Webster and Horsfall diversified their use of cable during the 2 world wars. Creating solutions for radar arrays, parachutes and other electronic equipment.